hide under the desk.

Zombiker
Abandoned clarabelle is a antagonist in Abandoned discovery island 2.0 and she is a only cow in the game.

Abandoned Clarabelle is a fan made antagonist Abandoned: Discovery Island

She still retains the same features seen in the cartoon shorts of 1930, except that now where her eyes were, she sees a human skull and very dirty of her dress and skin.

She originally does not start in any chamber but will be invoked in The Lounge if you use the cameras too much. If you do the previous thing, she will appear in The Lounge and go into your office to kill you. To avoid her, you will have to hide under the desk, there is a 50/50 chance that turning off any camera will take you away from you, but if you do neither of these two things, you will be attacked by clarabelle, so you can not turn off the energy for one minute. 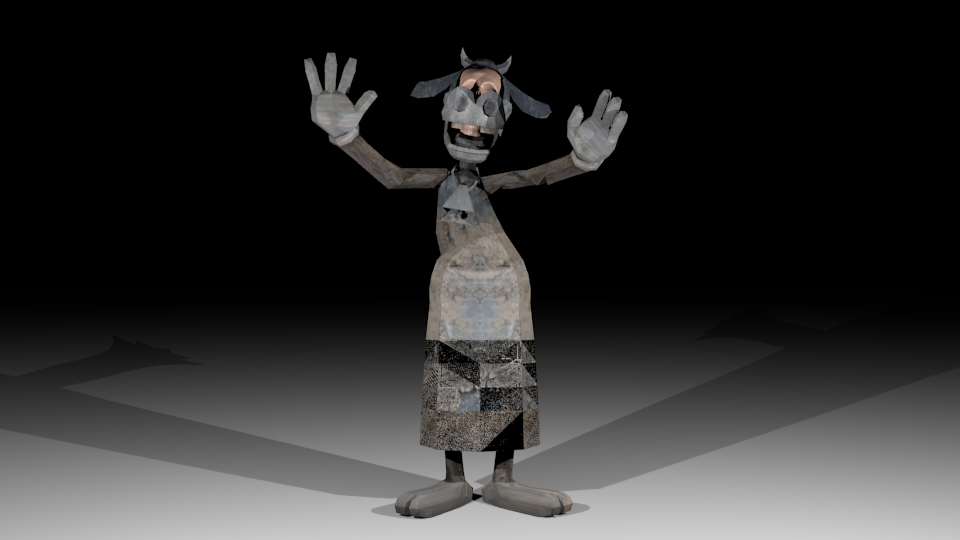 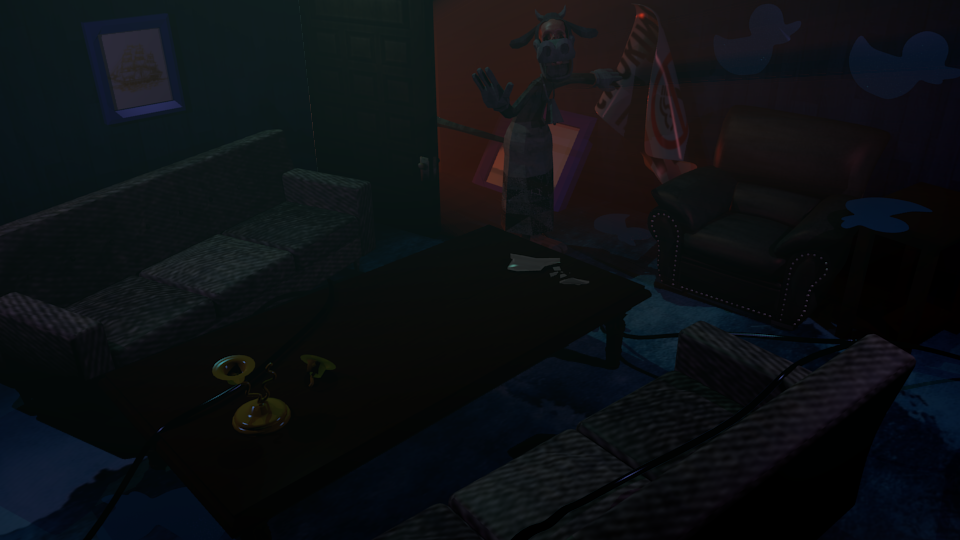 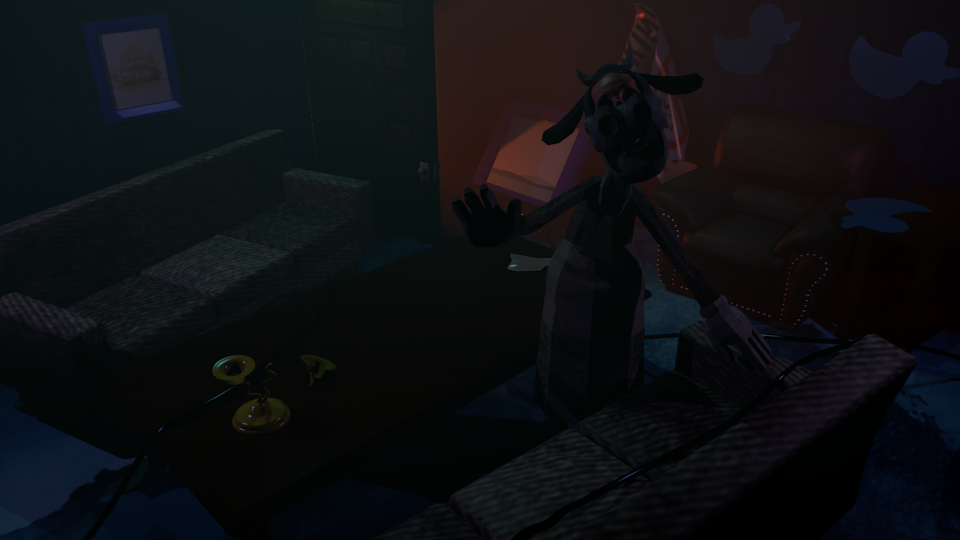 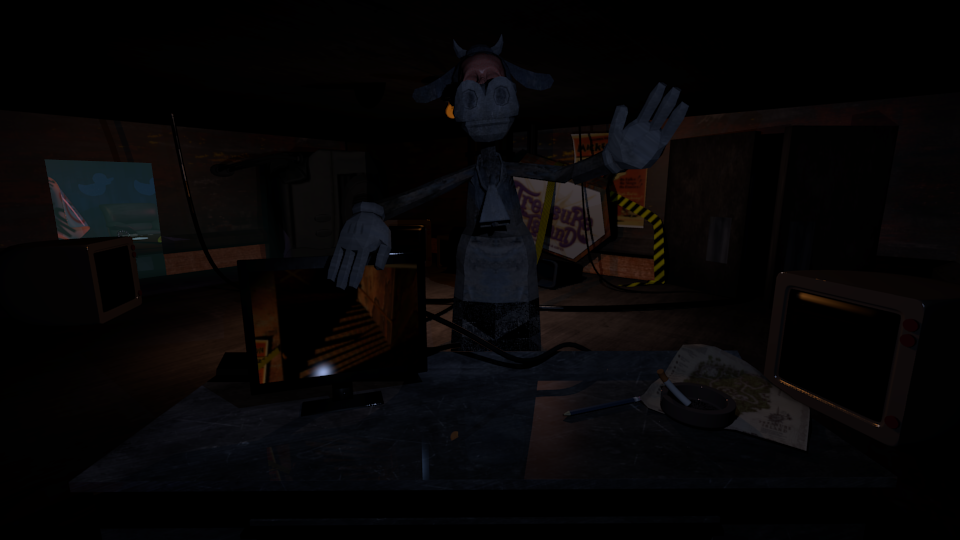