Shut off the power

DOLANDAGANGSTERWHOPOINTSMIDDLEFINGER (AKA Dolan the gangster who points middle finger) is a fan made joke character in Abandoned Discovery Island.

He looks similar to Donald Duck, of course that his face is from a meme called, Dolan. But the difference is that he has a body and he is pointing the middle finger.

He will start at the Bathroom pooping, and then he will go Character Prep 1, Staff Area, Lounge and then the office. The player must shut off the power as the darkness kinda gives him a tummy ache, causing him to run the bathroom quick. Failing to do so will cause him a disgusting joke, pooping your face, resulting a game over

He will start at Character Prep 1, sitting like a gangster. And then he moves to Staff Area, Lounge and then the office. When he appears in the office, he will be making a high pitch loud quacking sound, and sits like a gangster near to the player's face on the desk. The player must shut off the power to make him go away and stopping the noise. Failing to do so will cause the suits to speed up very fast an active, even faster than on how Disembodied's quacking noise speeds up the suits

He will start at the Bathroom taking a MASSIVE SHIT, he will go to Character Prep 1, Storage Room, Lounge, and then the office. If the player encounters him in the office, they must shut off the power to lure him back to other locations. Failing to do so will cause him to shit on you as a jumpscare. And then game over LOL 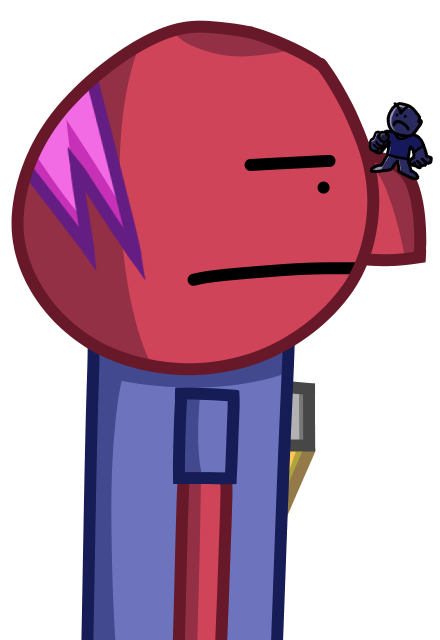