ERROR is a fan made antagonist in Abandoned: Discovery Island.

ERROR looks like a regular Mickey, except with really, really, jacked-up textures.

At first glance, it'd look like ERROR isn't actually moving in a route, but, in fact, he is. He starts in the Lounge on Night 4, then moves to the Broadcasting Room, Character Prep 2, Meat Freezer, Storage Room, then the Office. The player must shut off the power, or he will jumpscare and kill them. When moving, he will either sometimes say "Say the Magic Words!" or "Meeska, Mooska, Mickey Mouse!" but there are several different versions of it, they are all distorted in a way, whether it be that he voice "skips" or it is a different pitch.

The first version of ERROR

An example of a few versions of ERROR in inhuman stances 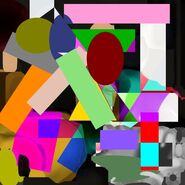 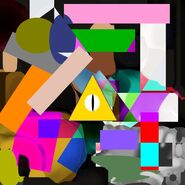 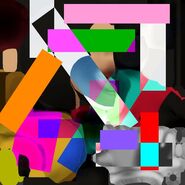