Inky is a fan made antagonist for adi

Inky looks very similar to 2020 Mortimer with some exceptions

he starts in the broadcasting room standing in the middle of the room, then he goes to character prep 01 with his head in a complete 180, then he strolls into the staff area in the bottom left corner, then he goes into the meat freezer. Toothless with red eyes, and finally the office in the left corner: you must shut off the power to get rid of him 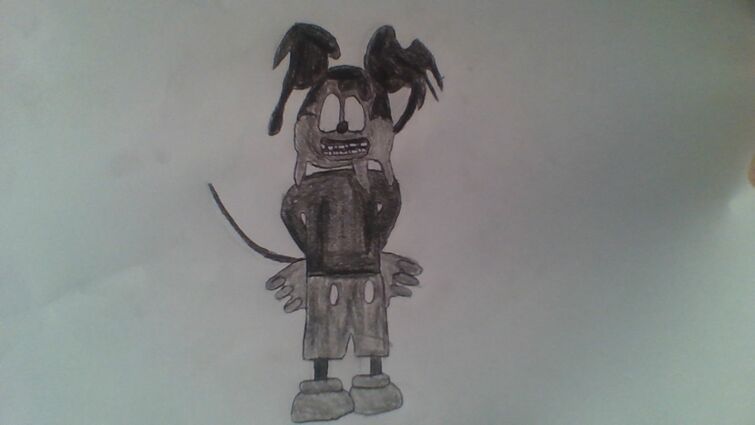 a drawing of inky made by Bendypro2