Hey! Zombiker owns this page, Just so you know.

She has her original appearance only that her design like the loud's is from MikuMikuDance. Mabel has a high height like undyng and contains about four white lines in her hair, which would be her clothes still intact but her face is like the designs said above.

She starts in cam4 so the storage room will not be seen in the room since she is hiding for a minigame that you have to do to not lose the game, when it is 1am you will see a text that says Find the stars in cam 11. After you will see a time marker you have 30 seconds to find them when you find them you see a text that says See you at 3am, if you can not find all the stars Mabel will say the following You're gonna die up there after saying that will appear in the front office of you moving your head when it appears in the office will take 12 seconds to attack you. However if you miss only one star she will tell you the following keep away for me and after that she will be seen in the office buzzing or singing, having the playability of disembodied but with no way to repel her. 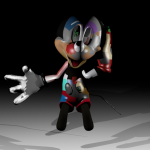 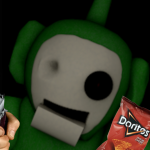