Molten Luan Loud is a fan made antagonist in Abandoned: Discovery Island

Molten Luan Loud looks similar to Luan Loud.exe. But she has a broken right arm, and her left arm replaced by 2 spikes like Nightmare Luan Loud.exe. She also lacks her flower and ponytail, her right eye is broken and her skirt is melting. 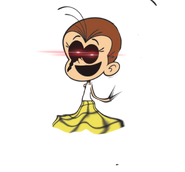 Fan made edition of Molten Luan. 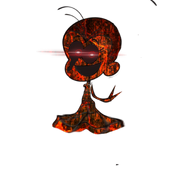 Another made edition of Molten Luan.
Add a photo to this gallery
Retrieved from "https://abandoned-discovery-island-rp.fandom.com/wiki/Molten_Luan_Loud?oldid=29217"
Community content is available under CC-BY-SA unless otherwise noted.