"h-hey bud uh... what are you even doing there? Didn't you get the memo?! the place caught fire yesterday and the suits... there not acting right so please hold up were trying to get there as fast as we can so please hang in ther-" -Greg's last words

petrified Donald looks relatively in better condition than the other petrified suits minus the ash covering him. Although his clothes have some tear and he is missing his eyes and left leg he is still in a salvageable condition 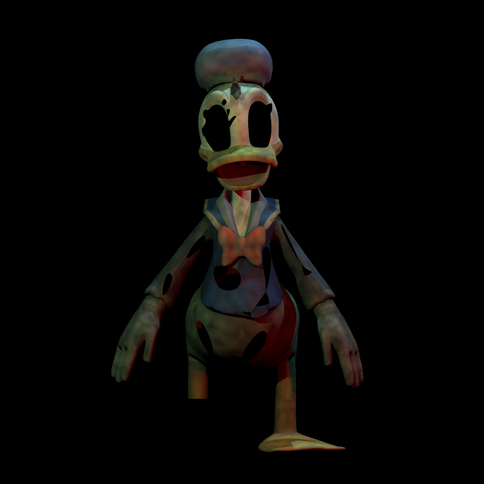 a remake to him (made by VictorCuddles126)