Whoa there! Read this before proceeding on!

Rodent Is An Unofficial And A Fan-Made Antagonist In Abandoned : Discovery Island 2.0. , he is an enemy that acts very , obnoxiously slow on every camera in the monitor along his prodding path to his locations along to the Office unlike Unwanted Mickey.

Rodent Appears And Bears A Strong Resemblance To The 'Mickey Mouse' As First Depicted In His Early Cartoons In The 1999's With His Black Fur , His Red Shorts With Withe Buttons And With His Dark Pale Peach Face. As his name implies , his costume is actually a "Disneyland Park" 'Mickey Mouse' Iconic Character Costume with Normal coloring. It is unknown why it was coloured , such everybody. Like It contains all of the Mickey Mouse features, such as circular ears, a small pointed tail, a pointed nose, a large grin/smile, buttoned pants, shoes, and gloves. If he's reversed, it shows Mickey Mouse's Negative colors. But the only difference is that he is eyeless and he has a crack on his face and he has a crack on his head and he has several cracks around his gloves and a big crack around his gloves , and he has cracks around his shorts and cracks around his darkened-patched and thick buttons , and there's cracks on his shoes. Part of his ear is cracked off and the other ear is cracked off by the bottom-right side. He's missing the end of his fingers on his left glove and he has a huge crack on his right glove and his eyes are missing it's pupils/irises and it's crackly unnatural. And there's a small crack on one of his legs and there's a massive crack at the right side of his head.

His Pose In The Extras Menu Is Like He's Trying To Take His Head Off Just Like Photo-Negative Mickey , except that there's no blood leaking out of his head.

Rodent will slowly becomes active and he will act obnoxiously slow on every camera , or maybe least of the cameras in the monitor. He will not appear in the Office after being inside the Meat Freezer , he'll just be at the center of the Office instead of being inside the two sides of that leads to the Office.

Rodent Will Become Active/Activate On Night 2 , Rodent will start in the Janitor's Closet Alongside With Pure Mickey , then he will eventually move along to the Bathroom , then he will appear in the Meat Freezer , he will be able to go to the Lounge , so then he will proceed to go along to the Lounge , then he will eventually appear at the center of the Office with his arms horizontally outstretched. If the player spots Rodent in the Office , the only way to avoid him is to pull up the monitor and shut off one of the cameras to make him go away from the player's distance , But If the player Fails , Neglects , Delays Or Refuses To Shut Off One Of The Cameras In Time , The Failing Result Will Make Rodent ending up jump-scaring , attacking or killing the player , and then it will result in a game over.

Rodent will start in the Janitor's Closet Alongside With Pure Mickey , then he will move along to his next locations that are : 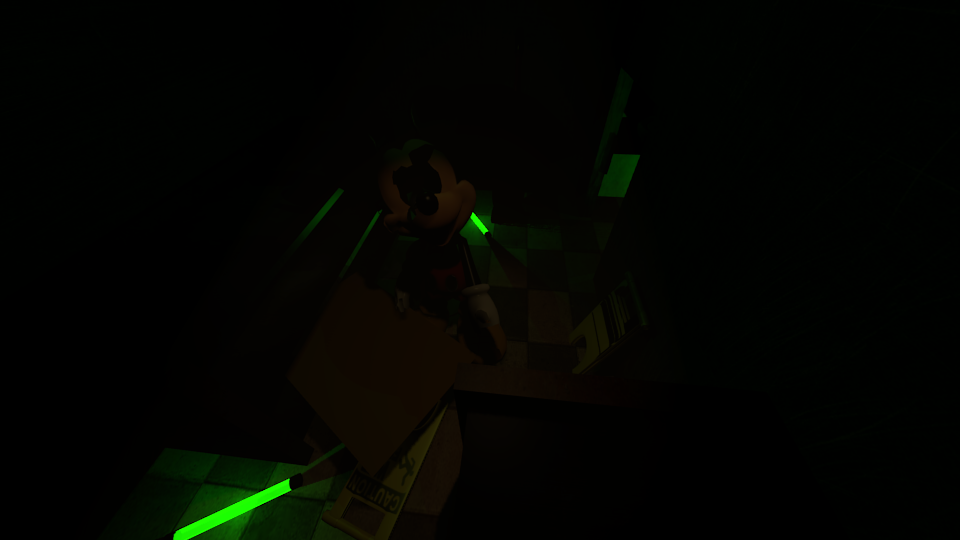 Rodent Starting In The Janitor's Closet 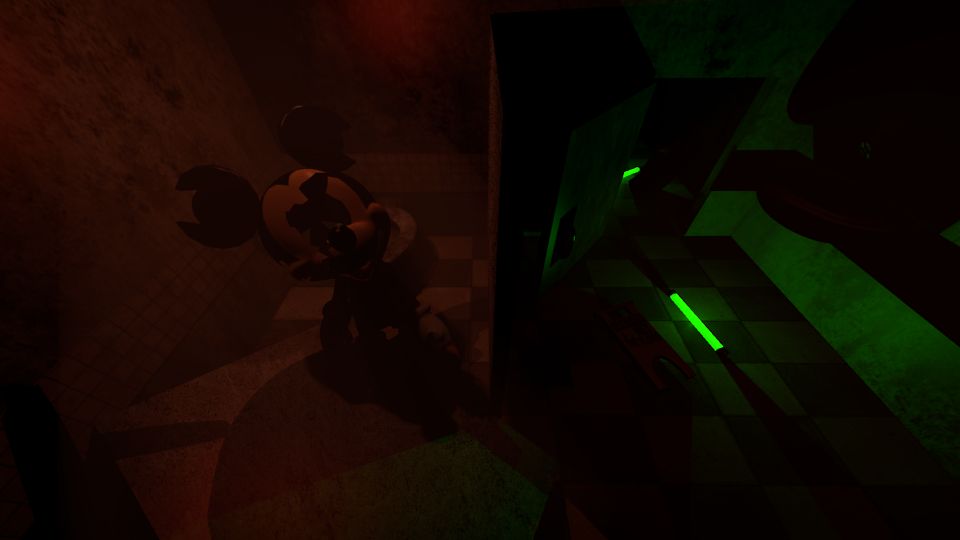 Rodent In The Bathroom 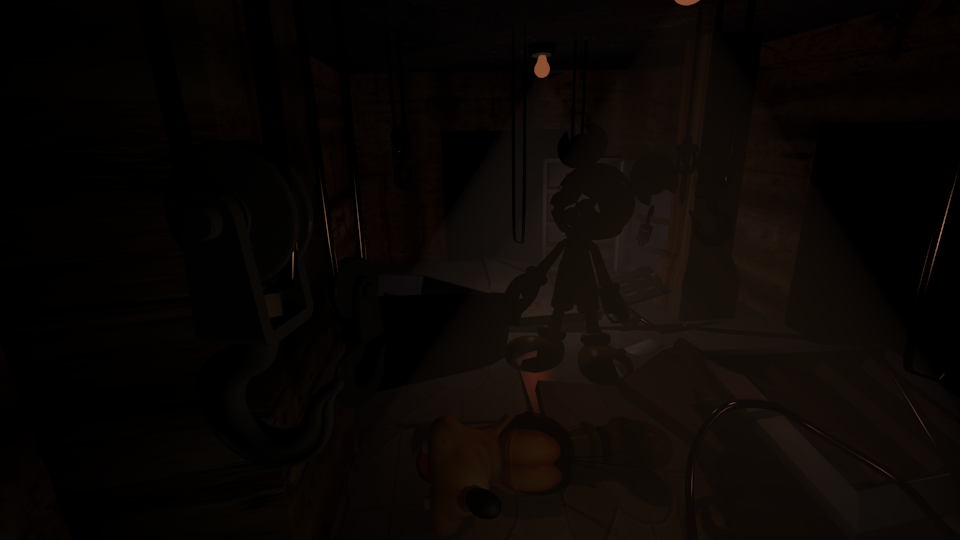 Rodent In The Meat Freezer 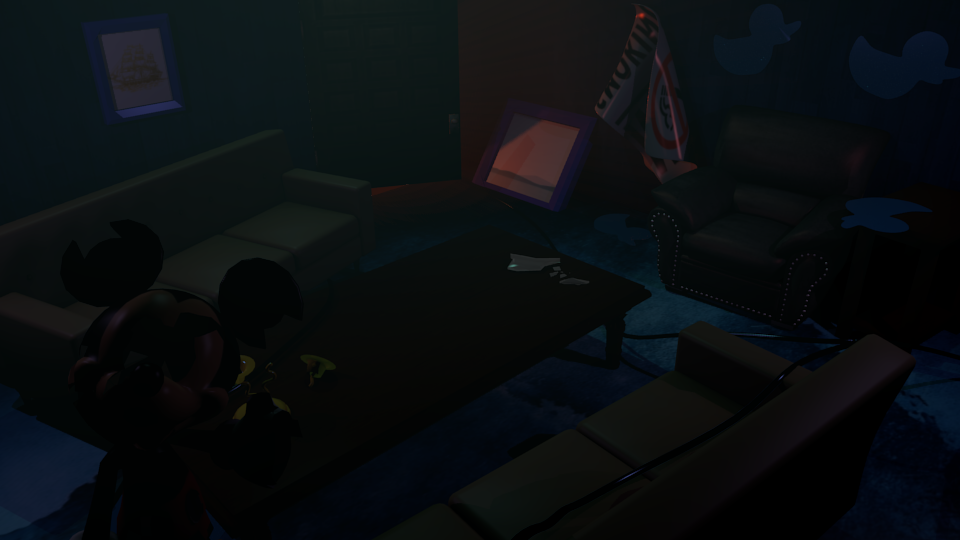 Rodent In The Lounge 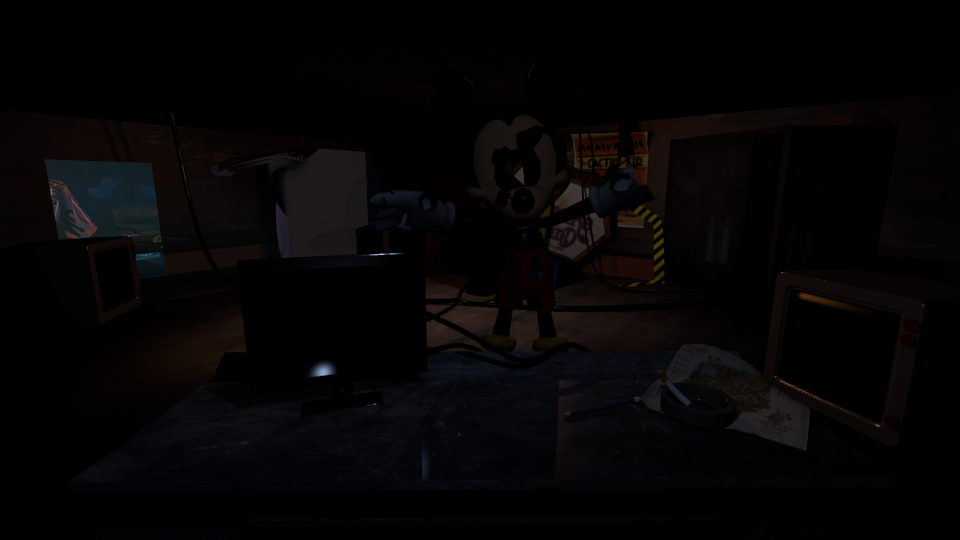 Rodent In The Center Of The Office

Rodent's Promo (Fixed)
Add a photo to this gallery

Rodent In The Janitor's Closet (Fixed)

Rodent In The Bathroom (Fixed)

Rodent In The Meat Freezer (Fixed)

Rodent In The Lounge (Fixed)

I didn't know how to make my own sound files because I really don't know how to decompile games , so I decided to make sound files from Blood Minnie to make it look like he has a voice because some of the suits doesn't really talk... so I did these quotes just for fun.

Welcome to your true hell!

Your death will be slow and painful.

Think you can escape from me...?

The devil is going greet you with true pain and suffering.

Your soul belongs to me now..

God will never save you...

Retrieved from "https://abandoned-discovery-island-rp.fandom.com/wiki/Rodent_(Revamped)?oldid=32589"
Community content is available under CC-BY-SA unless otherwise noted.