Roof Mickey is an antagonist in Abandoned:Discovery Island and Five Nights at Treasure Island

FNAFFanGameDeveloper (RemadeAlver)
Roof Mickey is a darkened mickey suit with one missing leg.He has a similar appearance as MickMick,the differences being the color,eye texture and the missing leg

Roof Mickey begins at The Roof,getting out of his tomb.then,he goes to the Lounge and The Office

Roof Mickey starts on The Roof,then he opens the gravestone,then he leaves from the roof and he goes to Lounge and the office.

Roof Mickey in The Roof

Roof Mickey at The Lounge

Roof Mickey at The Office 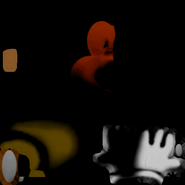 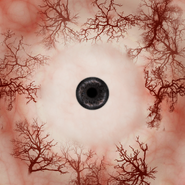