Staff Area,Meat Freezer,Character Prep 1,Storage Room then runs all the way to Office

Shut off a camera

He appears to be a normal simba suit with yellow brown eyes and ginger orange fur along with ears and has 4 legs.

Simba is active on Night 6 where he first appears in the Staff Area then he moves to the Meat Freezer then Character Prep 1,Storage Room and runs all the way to your office.

When you see him you must shut of the camera to get rid of him like the other suits Otherwise he will jumpscare the player ending the night.

What have you done to my friends and family.

My claws will rip you to death.

His jumpscare sound is taken when Young Simba takes his first attempt at roaring at the Hyenas.

He is the fourth character Domestosguy made.

He is the first character Domestos made to speak. 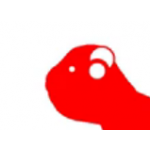