Atlestar
the abandoned are Fanmade character's in Abandoned: Discovery Island

He looks the same as himself in Animaniacs, But his legs have melted, His mouth is hanging wide open, His eyes have been torn off and replaced with Human Eyes and his ears are melting.

She has the same appearence as in Animaniacs, But Her Dress is slightly sagged, She has a Big Grin on her face, And she lacks her arms similar to Oswald.

Like The others, Wakko looks the same as in The Animaniacs, But the top half of his head is Gone and His Shirt is Sagged and his legs are stained with slime.

Dot starts in the Storage Room, Then she goes to the Staff area, the meat freezer, then the office, The player must shut off a camera to make her go away or she will jumpscare the player.

Yakko Will randomly appear in the office and play a deep pitched Version of the Animaniacs Theme The player Needs to hide under the desk to make him go away if failing he will Jumpscare the player.

Wakko starts in the janitor's closet, then he goes to the bathroom, then the meat freezer, then the office, the player must shut off a camera to make him go away or else he will jumpscare the player.

Even though the Animaniacs are not disney characters they look like they are. 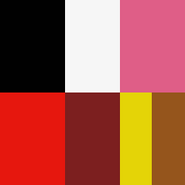 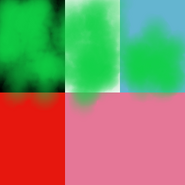 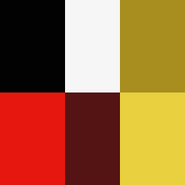 Yakko's texture
Add a photo to this gallery
Retrieved from "https://abandoned-discovery-island-rp.fandom.com/wiki/The_Abandoned?oldid=35527"
Community content is available under CC-BY-SA unless otherwise noted.