All of them (Regular nights)

The Legendary Mr. Krabs is a joke character in Five Nights At Treasure Island/Abandoned Discover Island

To prevent him from killing you, you must put the camera up for him to go away, similar to Golden Freddy from FNAF.

When he moves these quotes can be heard:

"I am the true god of this place"

A quote can be heard when he moves into Oswald's room:

"Oswald you don't need God when i'm around"

When he jumpscares his screech is Oswald's first screech but IT'S LOUD AS HECK! Also he has a death screen.

http://abandoned-discovery-island-rp.wikia.com/wiki/THESCALEDTHINGIMADEBECAUSEIWASBOREDSOIDUNNO_Mouse (This is his page) 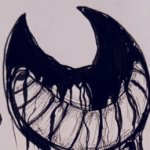