Yellow Mouse is an unofficial antagonist in Abandoned: Discovery Island.

Yellow Mouse's appearance is based on Photo Negative Mickey, except golden and has no eyes.

He only appears in the Office. 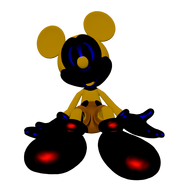 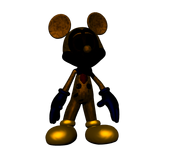 A Modern Appearance Of Yellow Mouse